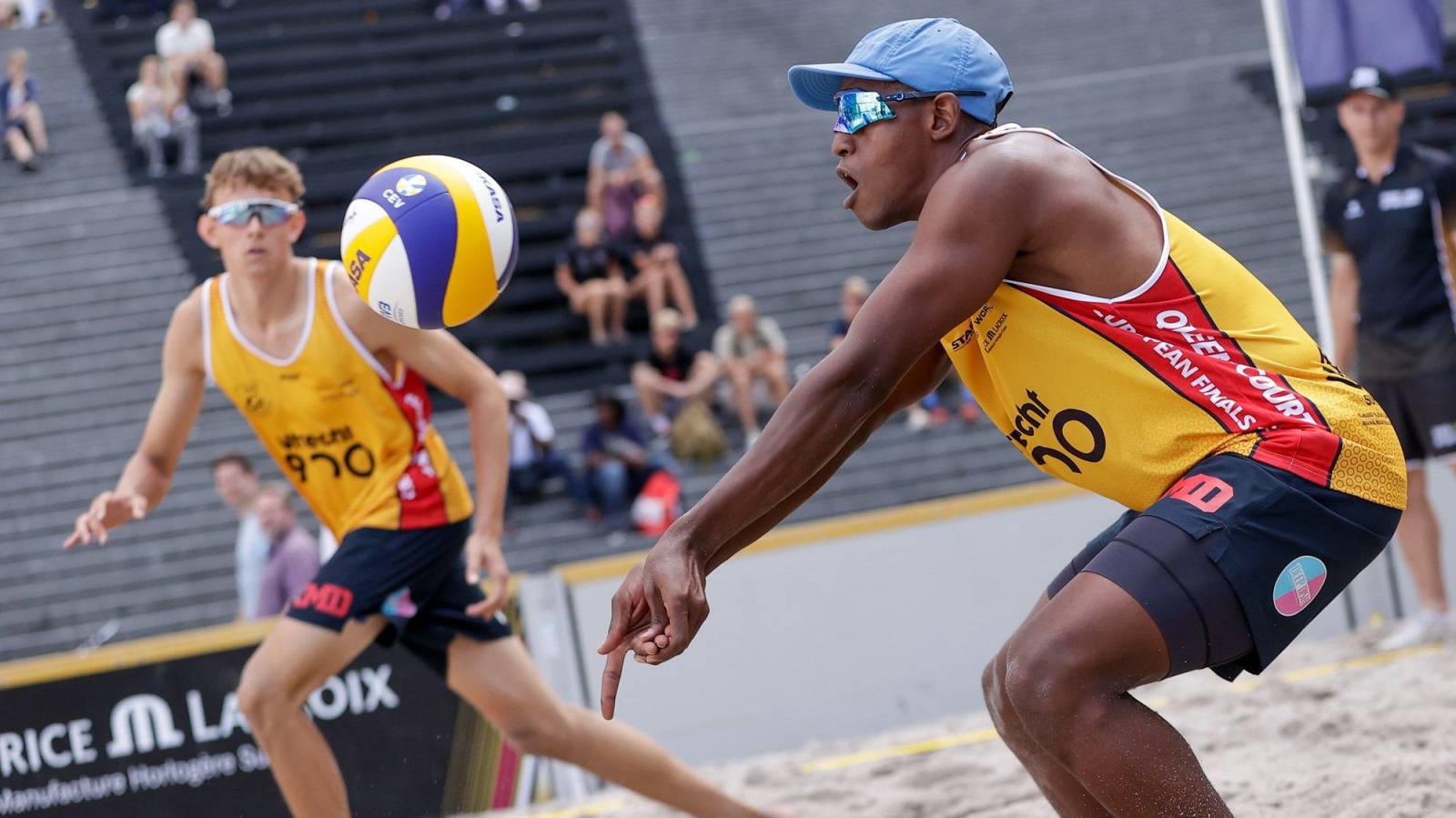 English beach volleyball pair Freddie Bialokoz and Issa Batrane were in full control as they beat Japan 2-0 (21-10; 21-10) earlier today in the Maldives on the Volleyball World Beach Pro Tour.

The match took place in the second round of qualification of the Challenger event - the second tier in the FIVB's new-look international circuit - and means Team Batrane-Bialokoz, who are currently ranked 65th in the world, are in the main draw. They secured a bye in the preliminary phase.

Highest ranked amongst the 24 teams in the main draw are the Tokyo 2020 bronze medalists Cherif/Ahmed of Qatar, followed closely by European champs Åhman/Hellvig.

Until today, no English team had qualified for the main draw in a Challenger event since the Beach Pro Tour was launched at the start of the year.

A fantastic achievement from Freddie and Issa. Good luck in the main draw! All the matches will be streamed via Volleyball World TV.

Photo: Freddie (L) and Issa (R) at the CEV's King of the Court event in September. Photo: CEV / Sportworx.